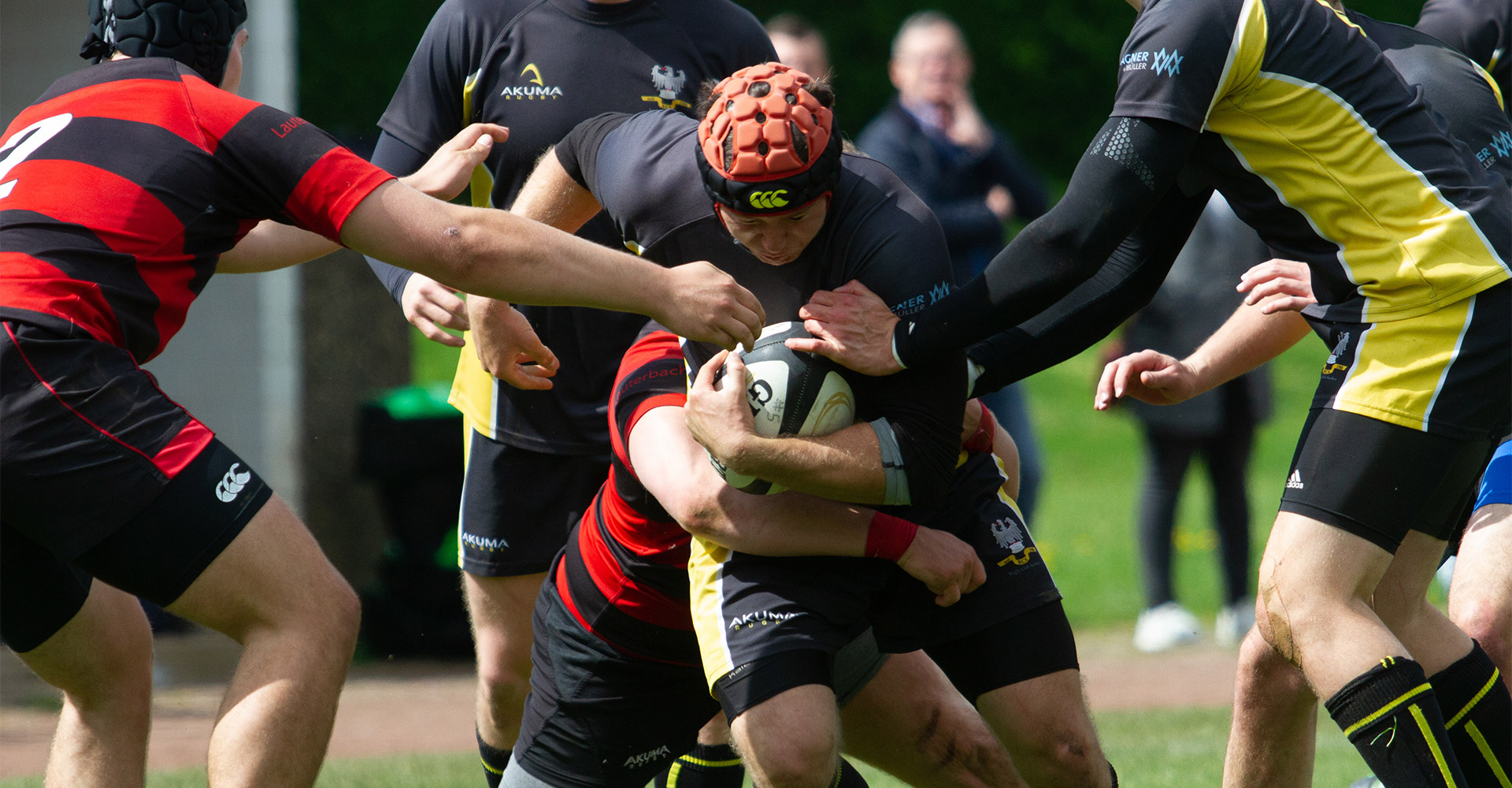 Scoring regionally: ATESTEO has become a sponsor of the Rugby Club Aachen

As a partner of the second-league club, ATESTEO promotes talent, leisure fun, team spirit, and sporting values while strengthening cohesion and development in the region.

It was a home match in the truest sense of the word: First, the Rugby Club Aachen won the derby against SC Frankfurt 1880 II on its own pitch and then the successful second-league club officially introduced ATESTEO as its new sponsor. In sponsoring the Rugby Club Aachen, ATESTEO is supporting a well-respected club which has existed for nearly 40 years and which has done much for sport itself and for rugby in particular in North Rhine-Westphalia. The common denominators are dynamics, team spirit, and top performance. For in both drivetrain testing and rugby, what matters are maximum commitment, teamwork, and precision.

As a company based in Alsdorf for over 30 years, ATESTEO finds it important to strengthen the region and its people. As an employer, career starter, promotor, initiator, technology leader, and innovator, ATESTEO makes its contribution to the development and preservation of the region. By sponsoring the Rugby Club Aachen, ATESTEO is now getting involved in sport. The corporate group wishes to promote athletic activities, fair play, and team cohesion and is now supporting the Rugby Club Aachen in all areas. Most of all, the drivetrain specialist is very keen on strengthening the youth programmes of the club. ATESTEO is looking forward to a long-term partnership with the Rugby Club Aachen and congratulates all players on their excellent match and well-earned victory.

Greeting of the new sponsor ATESTEO and halftime score.