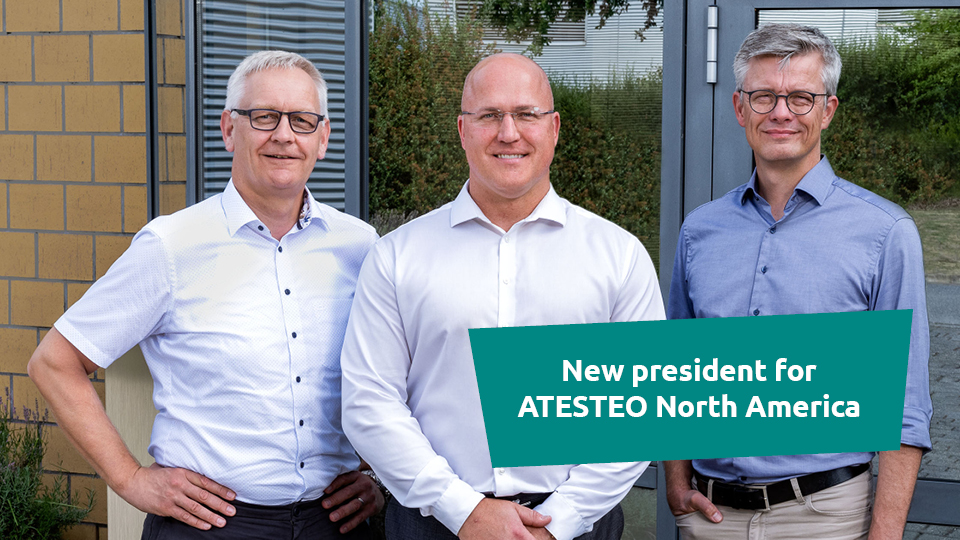 ATESTEO has found the best fit for managing its new drivetrain testing site in the USA: Starting July 1, 2022, Roy M. Schulde will lead ATESTEO North America in East Lansing, Michigan. Schulde, who holds degrees in electrical engineering, engineering management, and business administration, and who has worked as both an engineer and general manager, has spent nearly his entire professional life in the automotive industry. His career began at the American automaker Ford Motor Company.

After working internationally in USA, Great Britain and Germany, as president of AKASOL Inc. Schulde most recently built up AKASOL’s first production site outside Germany, in Michigan. Now, Roy M. Schulde is managing ATESTEO’s new facilities in East Lansing. To kick off his new position, he met with CEO Tim Willers and CFO Dr. Josef Görgens to discuss the expansion of the testing facilities and building up the ATESTEO team in North America. That is all so that the first drivetrain tests can take place on site for you starting in March 2023.