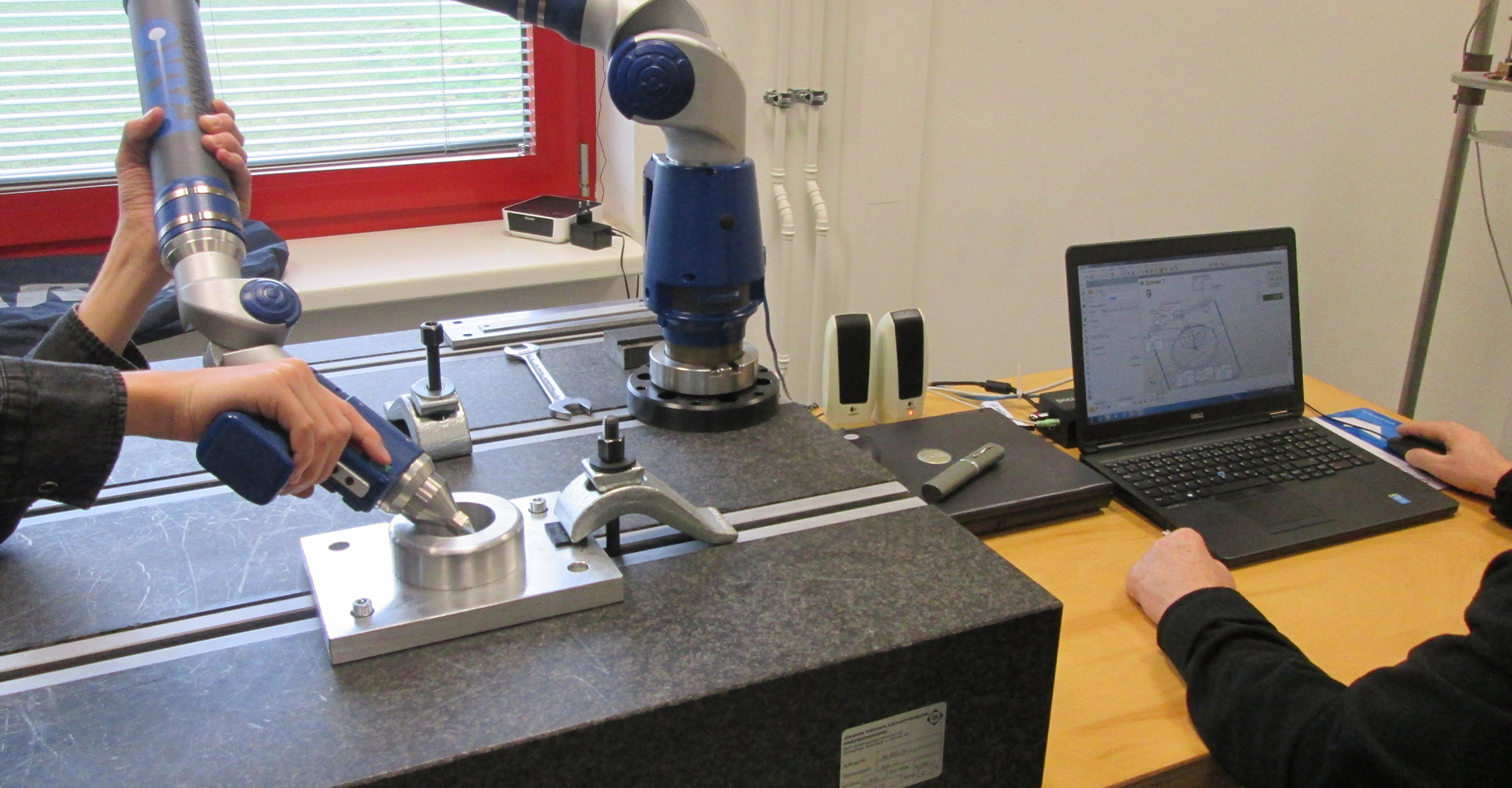 The ATESTEO prototype workshop is a state-of-the-art area of operations of the leading drivetrain testing specialists in Alsdorf. This is where prototypes of automobile manufacturers and automotive suppliers are tested, analysed, further developed, and built. The ATESTEO prototype workshop is, however, also a place of inclusion for people with chronic illnesses or disabilities. As a mid-sized company, ATESTEO assumes social responsibility, having had its prototype construction unit designed in a manner suitable for people with disabilities. People with impairments or disabilities can participate in a fully integrated way in work life, contributing their strengths, experiences, and skills. In this manner, ATESTEO provides space for working together along with opportunities and career prospects.

What matters at ATESTEO when it comes to its employees? Qualification, expertise, and teamwork. Being involved, participating in work life, contributing strengths — this is possible for everyone at ATESTEO. Marc Richter, Head of HR at ATESTEO, sees it this way:

“With the creation of barrier-free workplaces, we at ATESTEO have a win-win situation. On the one hand, the company does not lose expertise and competence due to chronic illness or handicap. On the other hand, people with impairments or disabilities can also work independently and successfully with us. They are given the opportunity to apply their skills and competences further and to develop themselves professionally.” 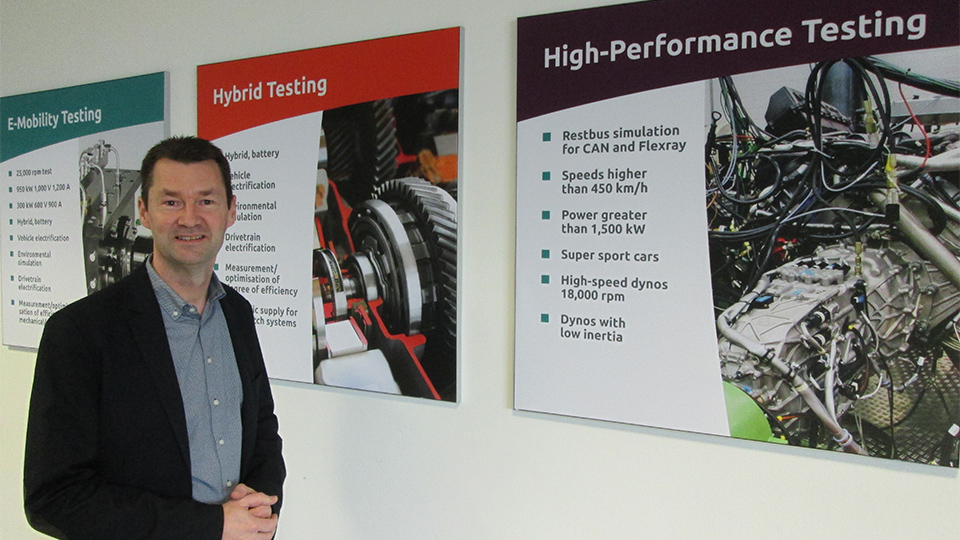 The concept for barrier-free work at the ATESTEO prototype workshop 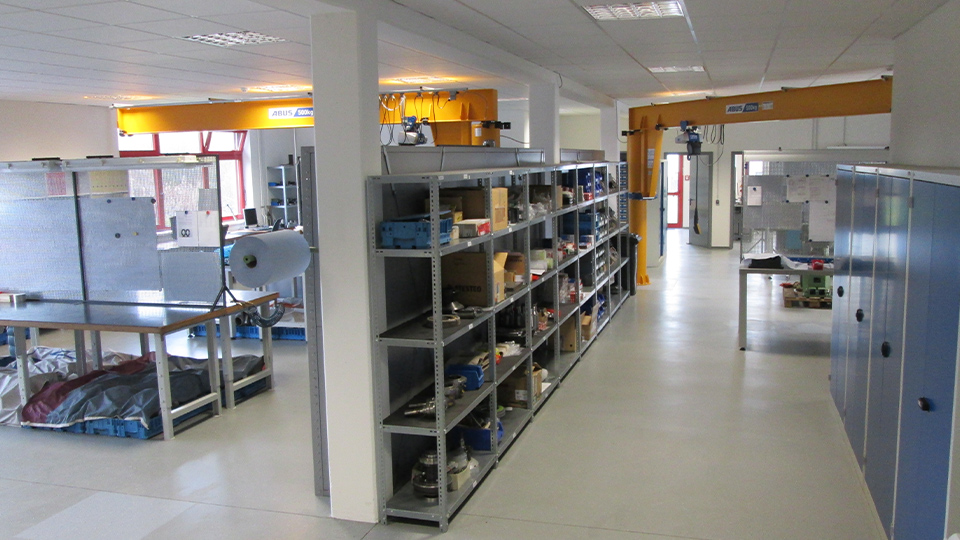 At the ATESTEO prototype workshop, prototypes are designed, constructed, and tested in transmission development. This is where experts work on analysing damage to components; optimising, installing, and constructing prototypes; reverse engineering; and benchmarking. So that people with chronic illnesses or disabilities can contribute their skills and experiences, a new crane system was designed. The crane can lift heavy components onto the workbench at the touch of a button. This enables an engineer who has difficulty in lifting to be able to work on a work item. In addition, all workplaces are accessible to people in wheelchairs. The entrance to the department is level with the ground, enabling fuss-free entry.

The new torque measurement test bench was designed and constructed from the beginning to be accessible to people with disabilities. This creates not only job positions, but also new services in the ATESTEO portfolio. Before, the calibration of torque keys was performed externally, but now it can be carried out internally at the ATESTEO prototype workshop according to defined parameters.

“With the calibration test bench for torque keys, we have created a new position for people with a disability. This enables colleagues to be integrated into work life and they can contribute actively to the success of the company.” (Tim Willers, Site Manager, Alsdorf Test Centre) 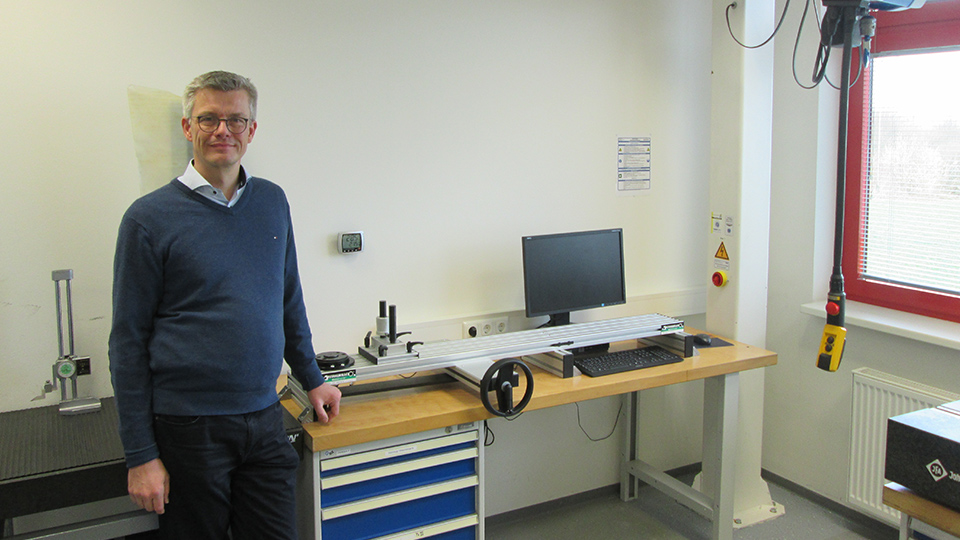 Christian Beckmann, Manager of Prototype workshop at ATESTEO, comments on the renovation for a workplace adapted to the needs of people with disabilities:

“Various measures were developed on the basis of the basic idea of designing the prototype workshop without barriers and thus accessible to all experts. Purchasing standing aids and grippers contributed towards relief in the individual activities. Then we bought a hydraulic forklift to replace the mechanical one that was hard to operate.” 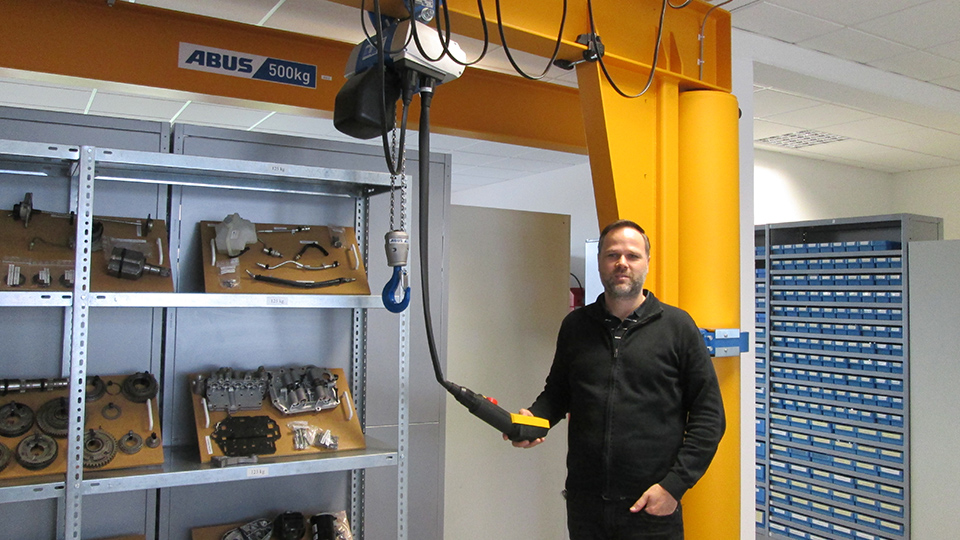 “With the new torque test bench equipped for people with disabilities, we now have the possibility of calibrating torque keys internally. That makes us much more flexible, as we are no longer dependent on delivery times. As a further measure, we have upgraded the software of a 3D measuring arm, creating another workplace that is managed and operated more by mental skills than by physical abilities. The necessary training has already been carried out successfully.” 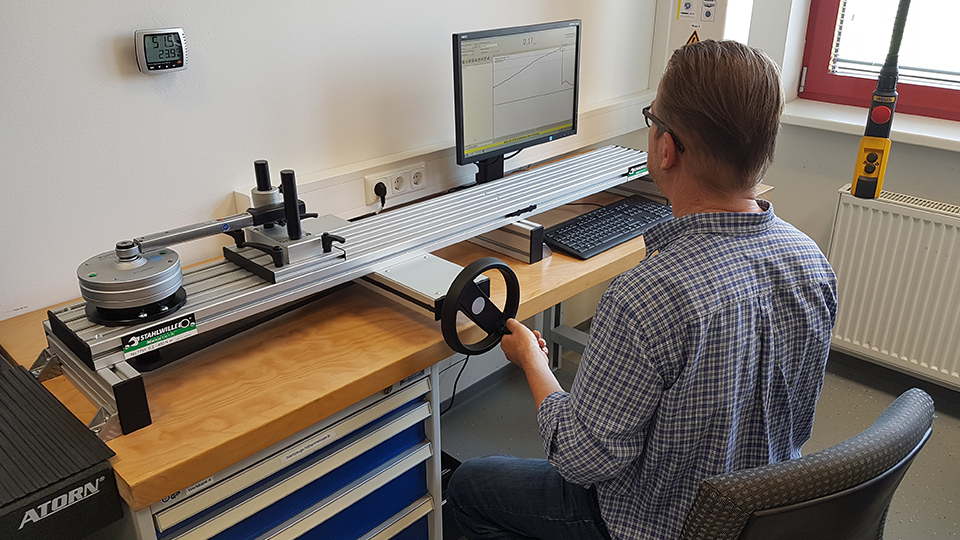 “The most complicated measure was converting the old mechanical cranes to new 500 kg slewing cranes. In the workshop, we had to struggle with structural conditions and legal requirements, so that we developed a corresponding construction concept with our architect and the engineer from StädteRegion Aachen, our specialist for occupational safety. Two new slewing cranes were then purchased for the workshop, and another crane was electrified in the measuring room. Now all colleagues have the possibility to move heavy components.” 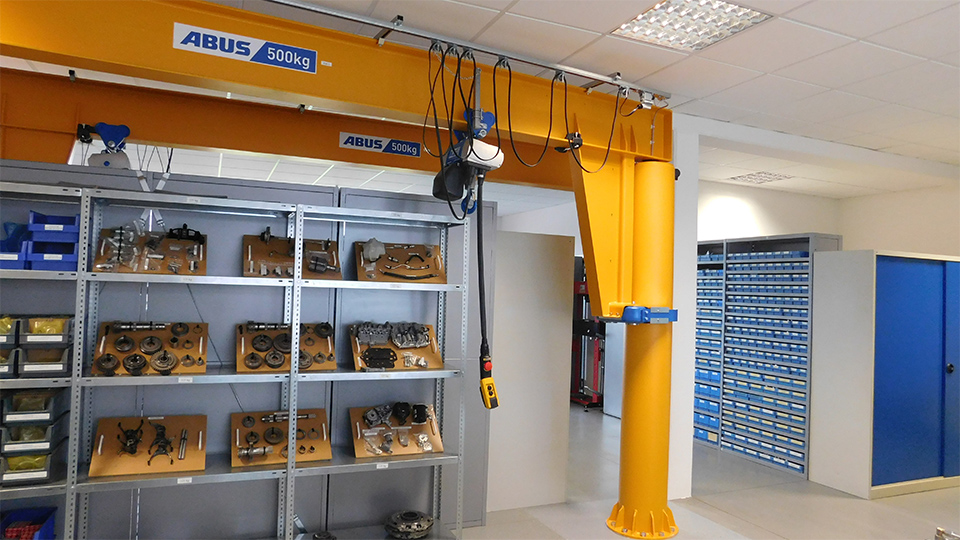 The new slewing cranes in the ATESTEO prototype workshop functions at the push of a button and can handle loads of up to 500 kg.

With reconstruction efforts partly funded by StädteRegion Aachen, ATESTEO has managed to turn the prototype workshop in Alsdorf into a workplace friendly to people with disabilities. The cooperation between the city, public authorities, and ATESTEO was goal-oriented and effective. Rainer Linden, who holds the position of representing people with severe disabilities at ATESTEO, is satisfied with the cooperation and its results:

“A disability can be a major challenge in meeting the demands of the workplace. Similarly, an accident or series illness can suddenly represent a major change in work life. This can affect any one of us. The conversion of our prototype construction department is a step in the right direction. We are thankful especially to Mr Leonhardt from StädteRegion Aachen and Mr Courtin from the Integration Services Department of Aachen-Heinsberg, who energetically supported the conversion and supported us in our efforts from the first moment onwards. We will continue to use all means at our disposal to able to offer employees with an impairment or disability the possibility of participating in work life at ATESTEO.” 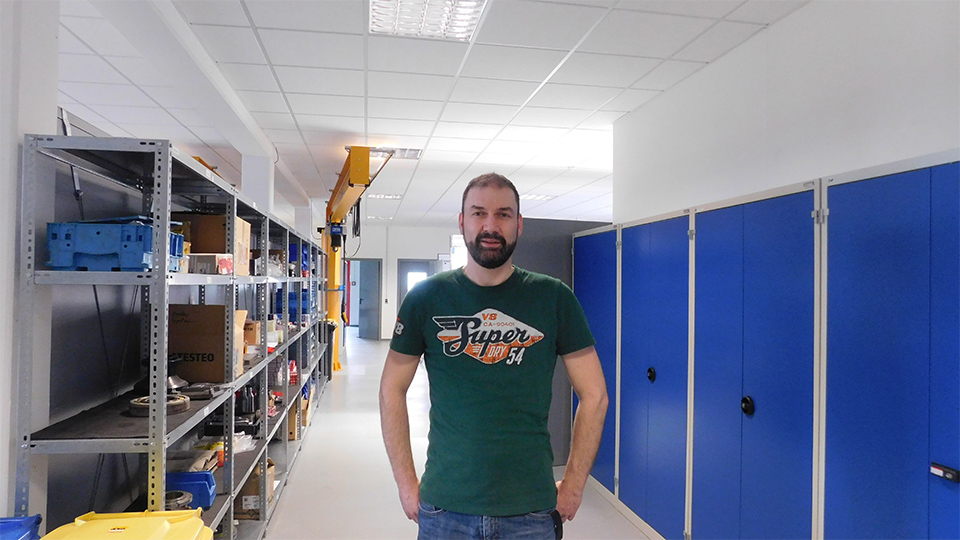 ATESTEO thanks all those who participated and who supported and assisted during planning, financing, and implementation of the measures to design the prototype construction department in a way suitable for those with disabilities. Together, ATESTEO has created space for participation, inclusion, and successful cooperation — a place where each person is accepted as they are.