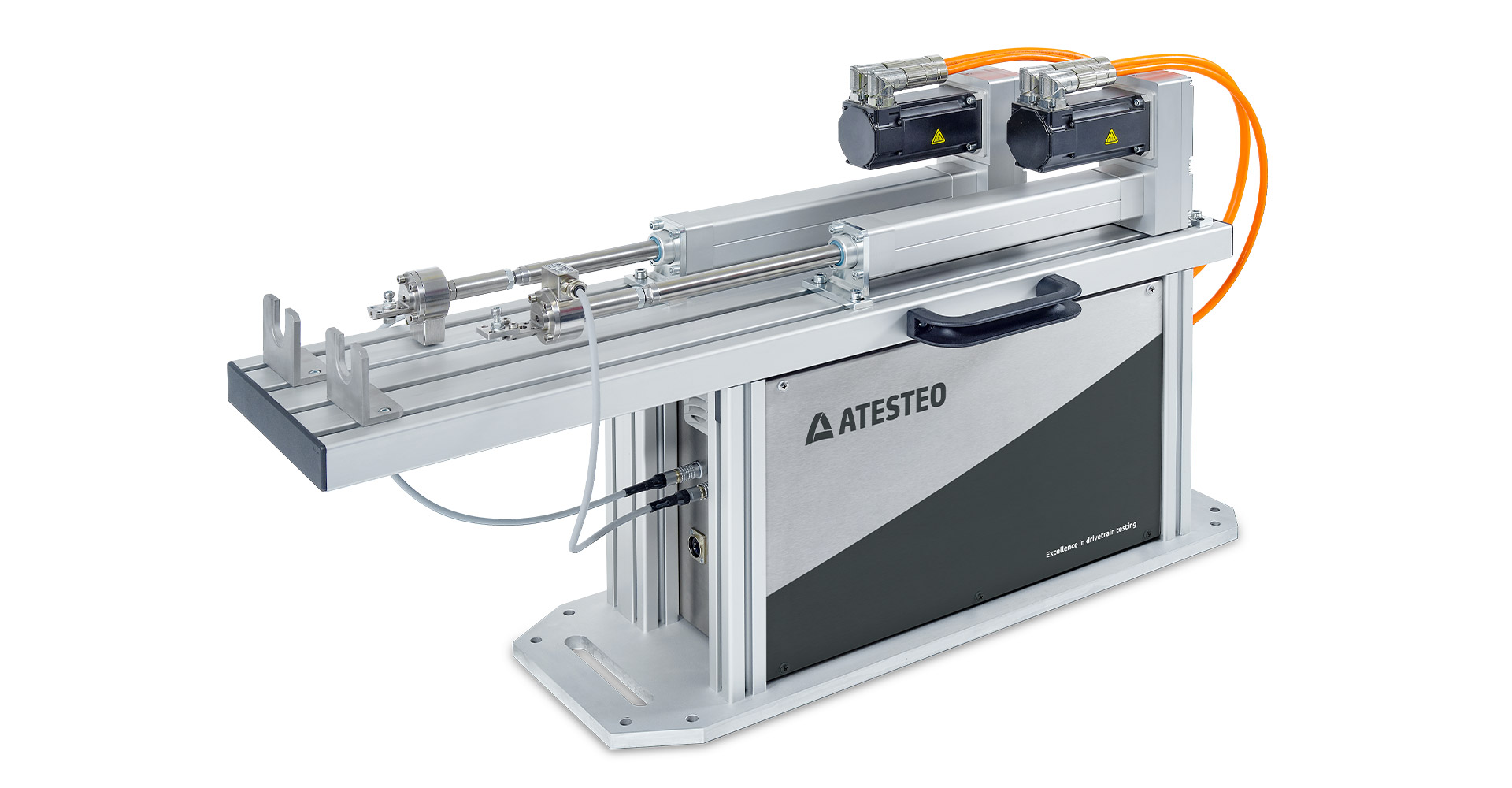 To be able to test drivetrain components such as pedals, selection levers for automatic transmissions, and gearshifts for manual transmissions, actuators that convert electrical signals to motion are put into action. ATESTEO is among the leading manufacturers of shifting robots that are employed for this purpose on transmission and drivetrain test benches. For testing manual transmissions, ATESTEO has developed the GSE 4.0 system with two models of robot. Should human gear-shifting behaviour be precisely emulated during testing, the highly dynamic GSE 4.0 Highline is the optimal actuator. For tests in which a functional gear selector is needed, ATESTEO now offers an affordable model of robot, the GSE 4.0 Function, that meets all basic technical requirements.

The power of innovation of the automotive industry and the growing electrification of drivetrains tend to lead to automatic transmissions. However, the demand for vehicles with manual transmissions remains high, primarily in Germany and Europe. Accordingly, manual transmissions continue to assert their strong position on the transmission markets worldwide. To be able to test manual transmissions in development for endurance, drivetrain functionality, synchronisation behaviour, NVH characteristics, or other attributes, the gear shifting has to be performed by actuators. 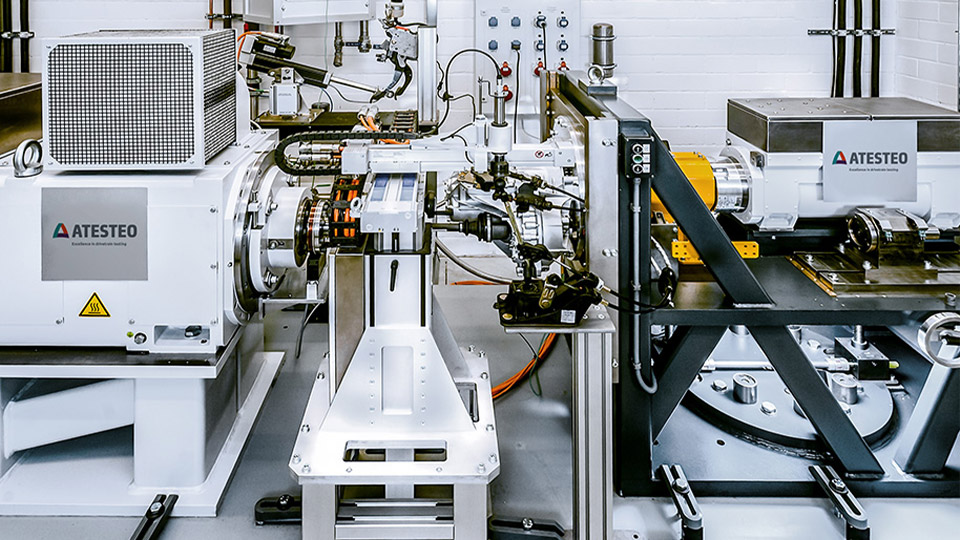 The innovative GSE 4.0 system from ATESTEO features different gear-shifting robots for testing vehicle transmissions, depending on the requirements.

The GSE 4.0 actuator — a gear shifting device with two models of robot for all needs

The state-of-the-art gear shifting actuator GSE 4.0 from ATESTEO offers high-speed positioning control for operating gear shift selectors on test benches in 24/7 operation. Integration into the safety concept of the test bench is just as important for the robot as the precise operation of the test specimen during setup and operation. To fulfil the master-slave architecture of the control of the test bench, the GSE 4.0 system has state-of-the-art interfaces to a host automation system. In addition to the existing force-controlled high-end gear shifting robot GSE 4.0 Highline, ATESTEO now has developed another model for price-sensitive cases of application by which position-controlled gear shifting is sufficient: the GSE 4.0 Function. For automobile manufacturers and automotive suppliers, the GSE 4.0 Function is the most affordable alternative for tests which do not require force-controlled testing.

The new actuator GSE4.0 Function uses electromechanical drives which are connected to the shifter and selector cables of the test specimen. Without the necessity of having a shifter, the robot design was simplified. Quick setup of specimens is assured through adapters which easily connect the shifter/selector cable with the moving end of the actuator. The development of the new robot’s control software focused on two aims: 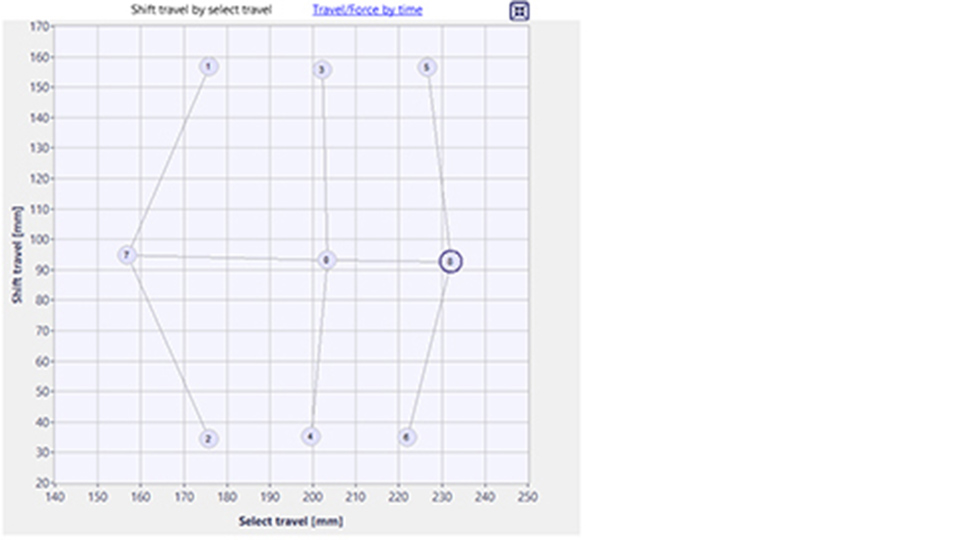 The GSE 4.0 Function has to be able to perform a routine to automatically find gear positions (learning process). Once the mechanical setup is finished, the actuator can perform this automated process. After three to five minutes, the robot finds all gears and their positions. Reverse force locks are detected and overcome easily. Once the gear positions have been found, the operator still has the chance to modify the shift pattern according to his or her needs. Gear positions can be added, removed, or modified; connections between gear positions (routing) can be defined or modified. 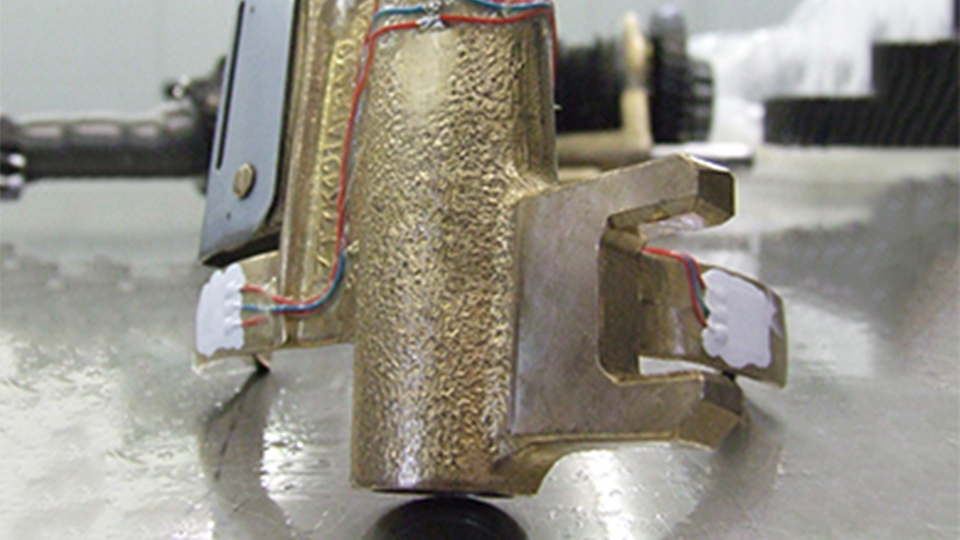 After a gear has been engaged, force must be released from the shifting system. Since this generation of robots has a fixed connection to the test specimen, the software of the robot will interact with the internal drive friction and the specimen’s inner shifting system to reach a “zero force” end position. The ATESTEO lab used strain gauges at the shift forks of several test transmissions to test, enhance, and verify this functionality. In the end, the actuator is able to reach a “zero force” system after gear change that is comparable to an original application with shifter. Nevertheless, a mechanical decoupling component can be ordered optionally for specimens experiencing high vibrations or having an underdeveloped inner shift system.

Optional functions make the actuator a custom-tailored solution. Force sensors for shift and select force measurement are available along with an EtherCAT interface for control. The modern GUI allows customization by up to ten shift parameter sets. The parameter sets define the disengagement and engagement behaviour of the robot in terms of shift speed, maximum force (force limit), and maximum shift time. Those ten sets are ideal configuration settings for various driving situations or requirements (warm-up, run-in cycle, sport cycle, etc.). To combine the master-slave concept with a high degree of customization, the parameter sets are defined by the engineer and applied by the cycle of the automation host.

Developed through the experience of the leading drivetrain testing specialists 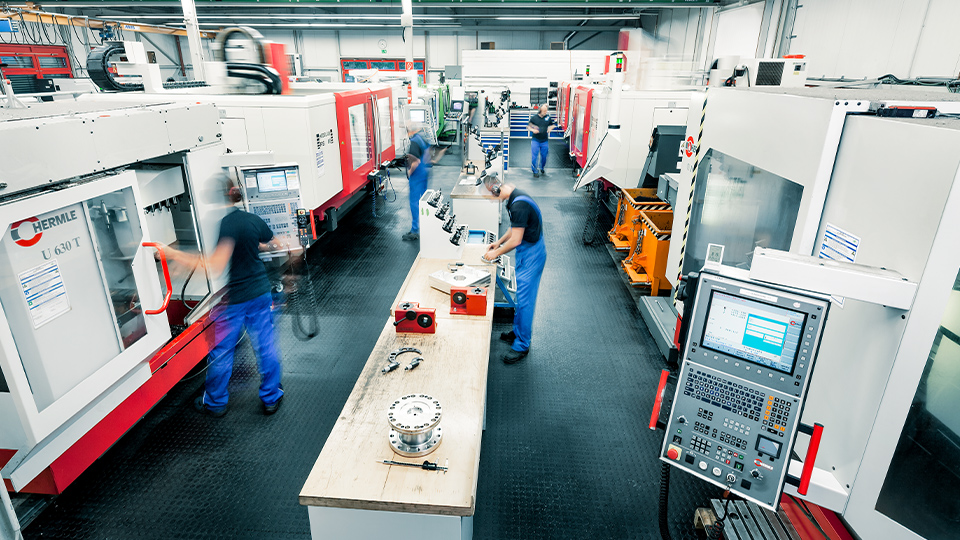 The new member in the family of gear shifting robots has been brought to perfection on ATESTEO’s development test benches. From there, it is used in some of ATESTEO’s drivetrain test benches, of which there are 150 in total. The mechanical parts are mostly designed and manufactured by ATESTEO in its own departments. The durable drive system components are procured from first-class European suppliers. After assembly in the workshop, each actuator is prepared by a software engineer who sets up the real-time environment of the controller. The final verification cycle in the lab verifies that the actuator is working perfectly before it is prepared for shipment. Experienced engineers do the commissioning on the customer side. The actuator is integrated in the automation system. Safety functions like “STO – Safe Torque Off” or the “Emergency Off” function are easily integrated into the safety concept of the test bench.

With the entire GSE 4.0 system, especially the new actuator GSE 4.0 Function, ATESTEO is once again offering testing equipment explicitly adapted to the specific requirements of the market and customer. Customers buying the GSE 4.0 products profit from ATESTEO’s many years of experience in actuator development. A service team in Germany and China offer customer support which gets to the bottom of even the trickiest situations.