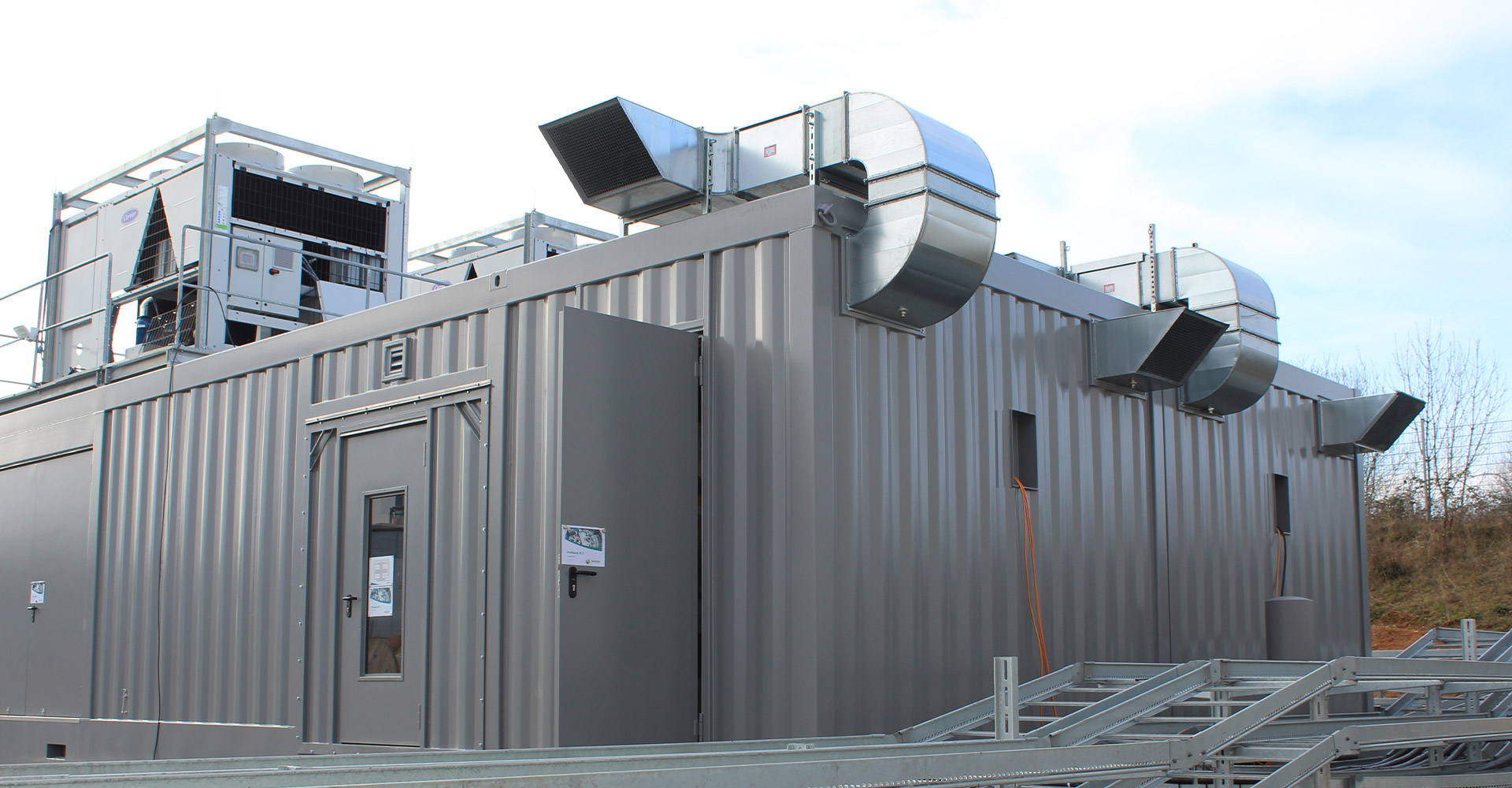 How ATESTEO makes possible environmental simulation tests on the drivetrain for all drives and requirements with a new modular concept.

The idea: In the shortest time, develop test benches for environmental simulation that can be employed in a freely movable manner everywhere where they are needed to test drivetrains. At the same time, they should be constructed so modularly that they can be configured to the needs of customers quickly and without issue.

The way: Modularly build the entire technology of an environmental simulation test bench in a compact, mobile unit — in a container. More or less out of the box, automobile and powertrain manufacturers can test their drivetrains with combustion engines or electric and hybrid drive systems for performance and endurance at extreme temperatures, for changes of temperature, and for moisture directly at the test bench. The implementation of this idea had as a result eight modular test benches for environmental simulation. These were placed into operation on 11 September 2019 at the ATESTEO site in Kassel with invited guests from the automobile industry, the world of politics, and the press.

The engineers at ATESTEO submitted their plans for a new form of test bench. Technology and elements were to be built into mobile units so as to be able to conduct tests on drivetrains everywhere and at any time. The choice of location fell to the ATESTEO site Kassel, where test benches for environmental simulation in eight mobile units with different configurations for climate and environmental tests on the drivetrain were constructed.

On the company’s premises in Kassel, 3,000 square meters of land were developed for the construction of the new test benches in the mobile units. Three engineers, six electricians, and mechanics, along with three additional employees, are actively involved in this project. 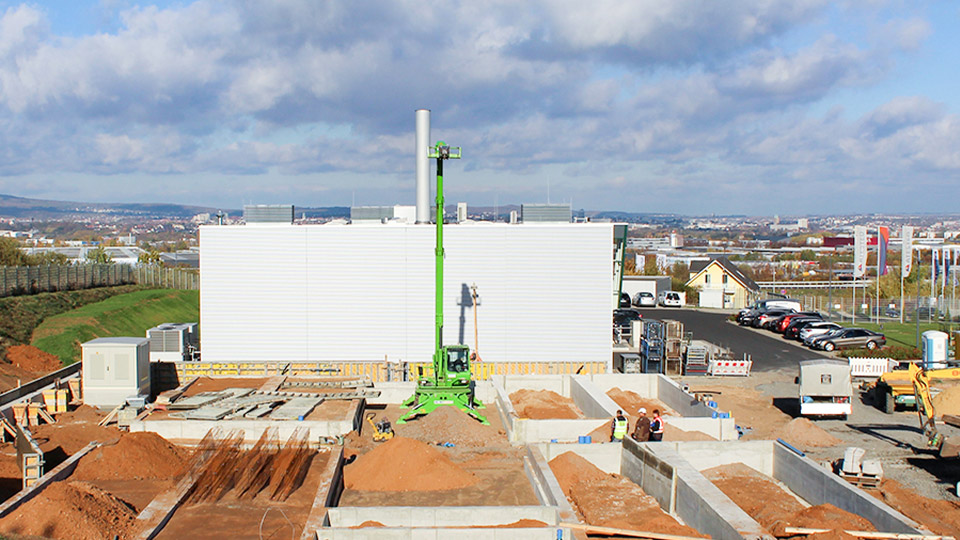 To create the infrastructure for the new test benches, a total of 1,500 cubic meters of earth were carried away during the construction work.

Preparation of the construction crane and positioning of the first two units. 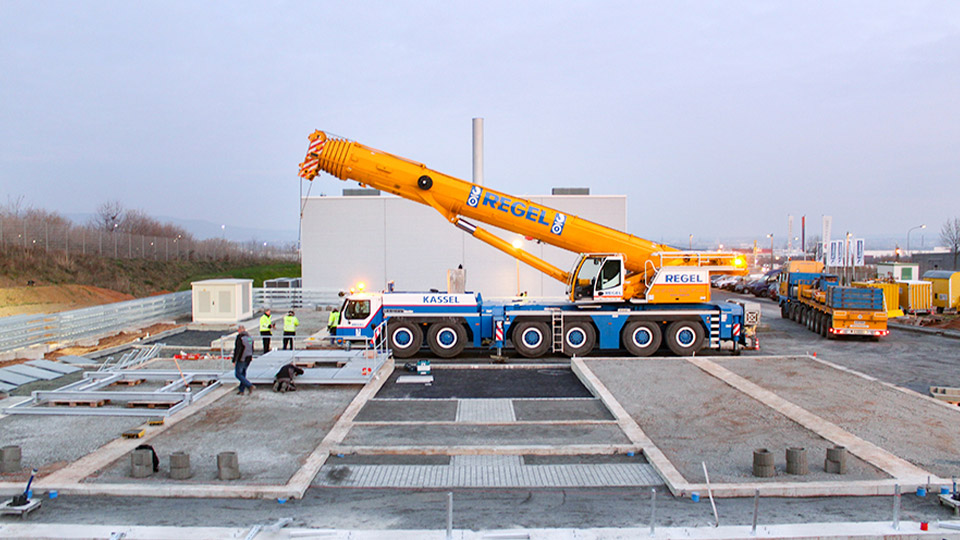 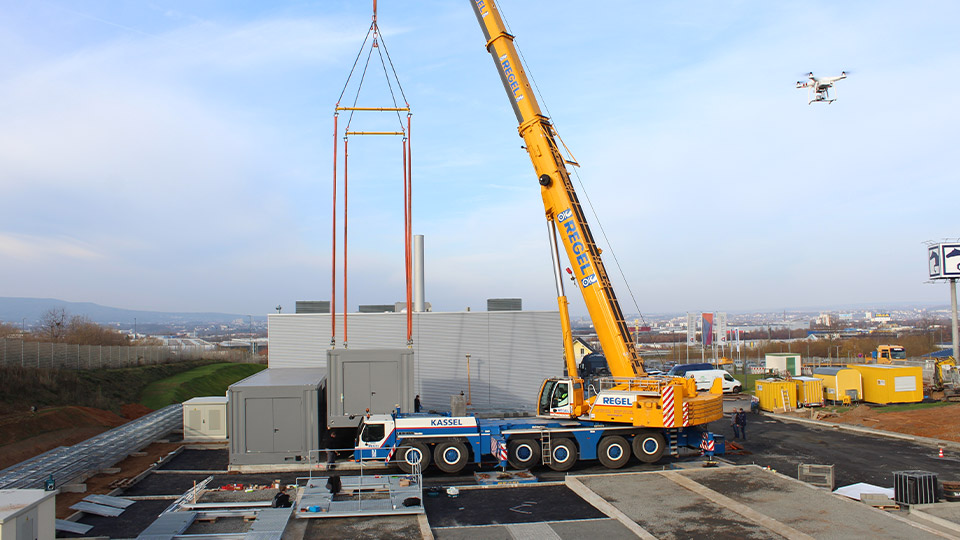 One mobile unit with part of its stock of equipment has a transport weight of 34 tonnes. The final weight of a fully-equipped unit is more than 52 tonnes.

Cable runs were laid to provide power to the units and test benches. 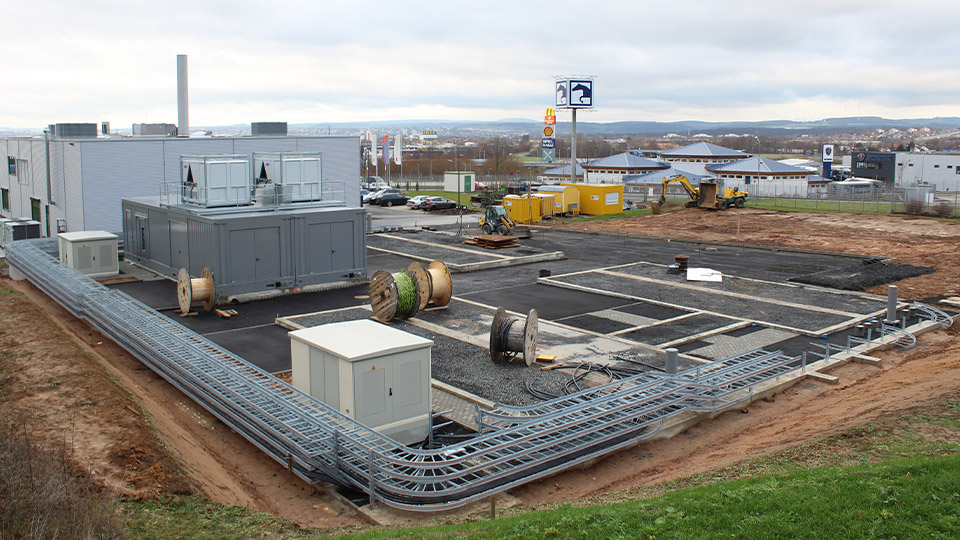 The cable runs join the electric lines into one large cable. If these lines were replaced by conventional household power lines, the lines would continuously connect the cities of Kassel and Monaco together with a length of about 1,108 km.

The first four units were connected to one another by the first bridge. This completed the work on the first complex. 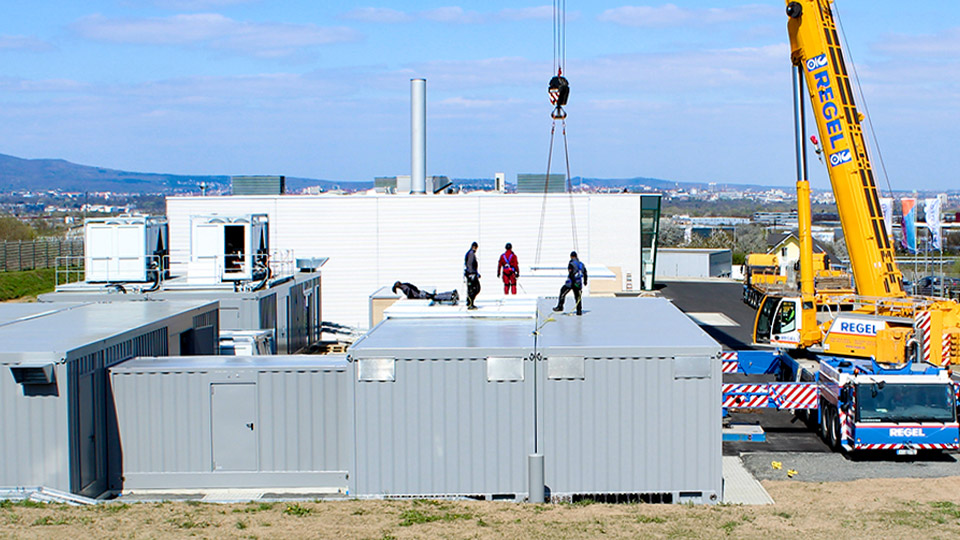 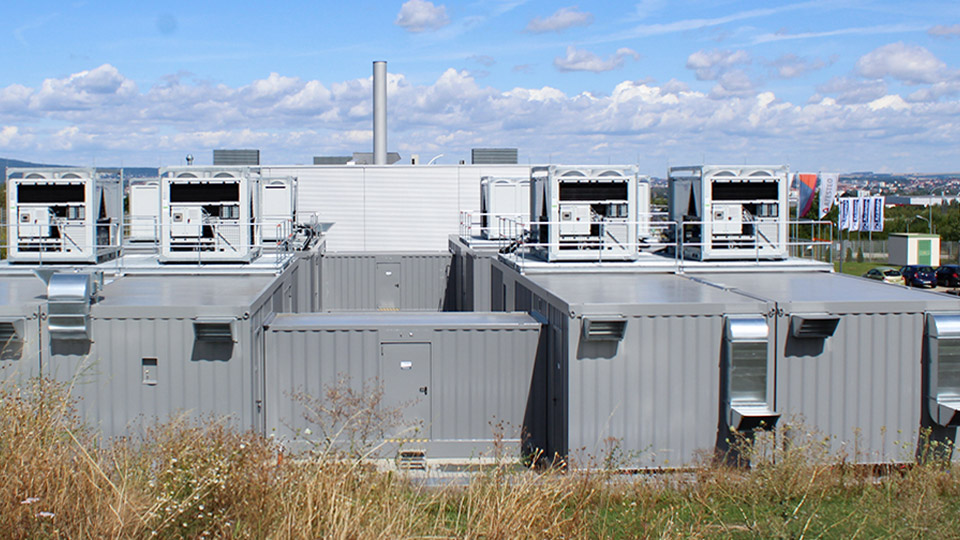 In eight different test bench configurations, automobile manufacturers and vehicle component developers can test interactions between the drivetrain and its environment. 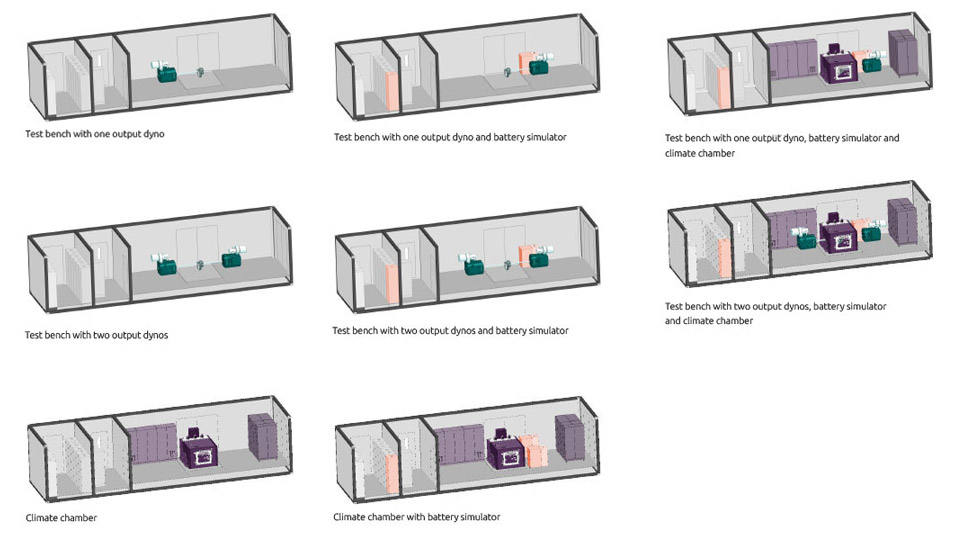